“What will they say about you?” 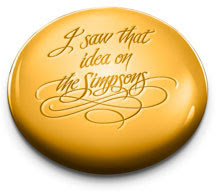 So the Bessies are coming up and just to recap…since 1963, the Bessies has been recognizing the finest in Canadian television advertising, a period almost as long as the history of commercial TV itself. The Bessies is an annual TV commercial competition organized by the Television Bureau of Canada in conjunction with the Broadcast Executives Society. Straight from the horse’s mouth (oh and this year you can upload your spots online).

Also, a new third category for the 2009 Bessies Awards has been announced and will feature a new ‘Integrated Campaigns category’ in both TV and the Internet.
TVB President Theresa Treutler responded, “Everyone felt very strongly that it was time for a change that reflects what’s happening in the marketplace from an advertising standpoint, and recognizing the way people consume media”.

This year’s theme is “What will they say about you?”
The awards show takes place May 21 2009 at Toronto’s Fairmont Royal York Hotel.