Home / Media / Rogers taking on the iPhone in Canada

Rogers taking on the iPhone in Canada 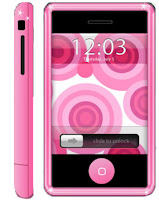 Rogers Communication Inc.’s announcemed that it will offer Apple Inc.’s iPhone in Canada before the end of 2008 (CEO Ted Rogers said the company is under contract not to say anything more), the public is waiting to find out if canada will receive the typical slick model or the newer 3G version (release is expected in July).

“In our opinion, distribution is a key consideration for Apple’s market growth strategy… and Apple would be more comfortable entrusting Rogers, which has the most proprietary stores and subscribers in Canada, with a lengthy deal,” Mr. Allen reported to clients.