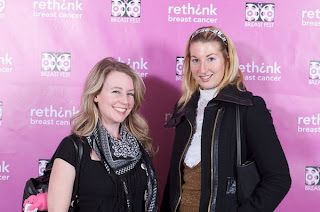 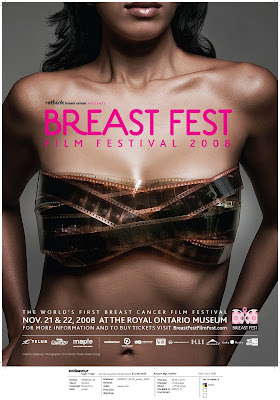 The beautiful artwork from Rethink Breast Cancer’s BREAST FEST drove me to post, even though it passed. The world’s first breast cancer film festival in Toronto, Canada happened on Nov 21st & 22nd, 2008.
The pink carpet launch was loads of fun and included a photobooth, swag bags and an apres party in the ROM after a screening of the films.

ABOUT
BREAST FEST is the world’s first film festival dedicated to breast cancer awareness. This annual festival includes short films, documentaries, animation, dramatic features and experimental works which span the emotional spectrum. Through the use of film and new media, BREAST FEST is dedicated to showcasing the many issues surrounding breast cancer in significant and interesting ways, and connecting people to the breast cancer cause.